After 135 years in business, fourth-generation owner John Hummel had seen numerous advances in technology benefit his family’s company, Hummel Integrated Marketing Solutions. But he never could have predicted how revolutionary the Konica Minolta AccurioJet KM-1 UV inkjet press would be. “I had been operating my digital shop with toner-based digital presses from another vendor,” Hummel told us, “but became increasingly dissatisfied with both performance and pricing model. I’ve had my eye on the AccurioJet KM-1 since it first came to market and felt that the time was now right to make the switch to UV-curable inkjet.” 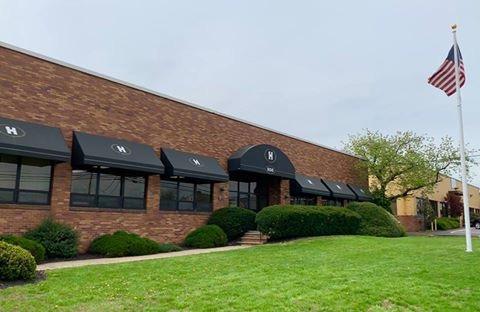 Anytime new technology comes to market, it can take time to stabilize; but Hummel saw nearly instantaneous benefits. “The results are amazing. It just runs. I don’t have to deal with complicated paper paths, paper drawers running out of paper, or click charges. I’ve got 85% uptime compared to 60% with my previous digital press. Not only have I tripled output speed, but I have reduced my consumables charges by one-third. I have better control over ink usage, and with one sheet out of the press, I know exactly what the job will cost in ink. And the quality is fabulous at 1200 dpi.”

Hummel told us he likes the larger 23×29” sheet size, as well. “It’s in my wheelhouse,” he said, “since I also have two 40-inch offset presses, I chose to go with a sheetfed solution – running roll-fed requires taking up too much warehouse space storing rolls of paper. I also appreciate being able to auto-perfect in a single pass, with printed output that is dry and ready to finish when it exits the press. It’s also scuff- and scratch-resistant without the need for aqueous or UV coating, which is crucial since much of what I print goes in the mail.” 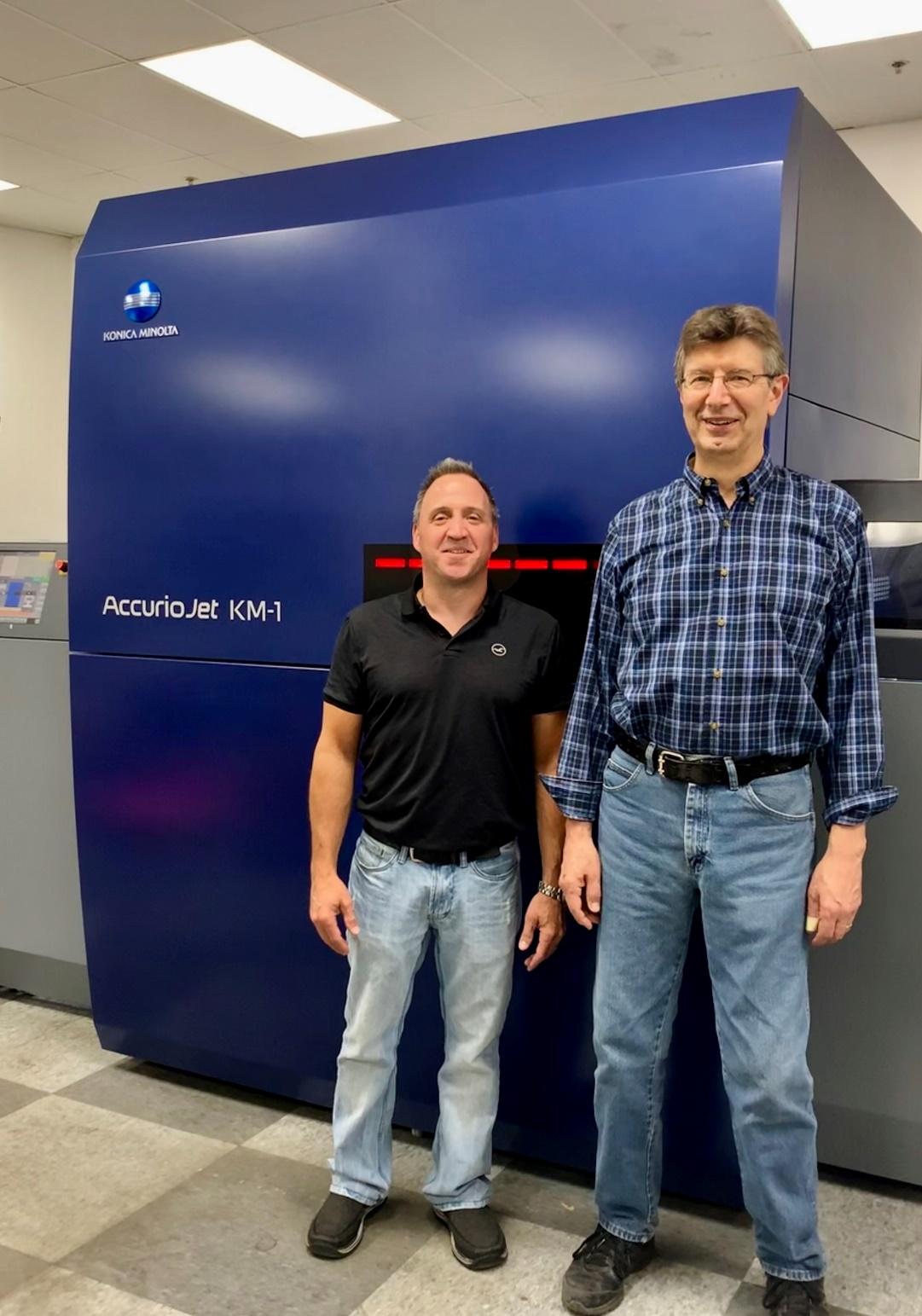 In making this investment decision, Hummel also considered the reliability and familiarity of the AccurioJet KM-1’s offset press platform. “It’s extremely reliable, and if there are any issues, we can fix it just as we would an offset press,” he said. “Combine that with Konica Minolta’s inkjet expertise, and it’s a win/win solution. Plus, there are no click charges. We just pay for the ink we use. We spend about 2.5 hours on startup on Monday, and then about 15 minutes at the beginning of each additional weekday. Other than that, it just runs!”

Initially, Hummel hoped to better accommodate the need for shorter runs, but he said, “It turns out that we can profitably do much longer digital runs than before, too. As an example, I recently produced a job consisting of 50,000 coupons, each with name, address and a barcode, with another 130,000 to be produced in a second batch. With the AccurioJet KM-1, I get very consistent color – it comes up to color in register right away – and doesn’t require plates or result in make-ready waste. I was able to give the client a three-day turn on the first 50,000! In another case, I received a request for 72,000 11×14” full variable postcards at the end of the day on a Thursday, ran them Thursday night, and mailed them Friday. The quality and reliability of the AccurioJet KM-1 has really changed my opinion on the types of work I can run digitally versus offset, and the turn times I can offer my clients.” 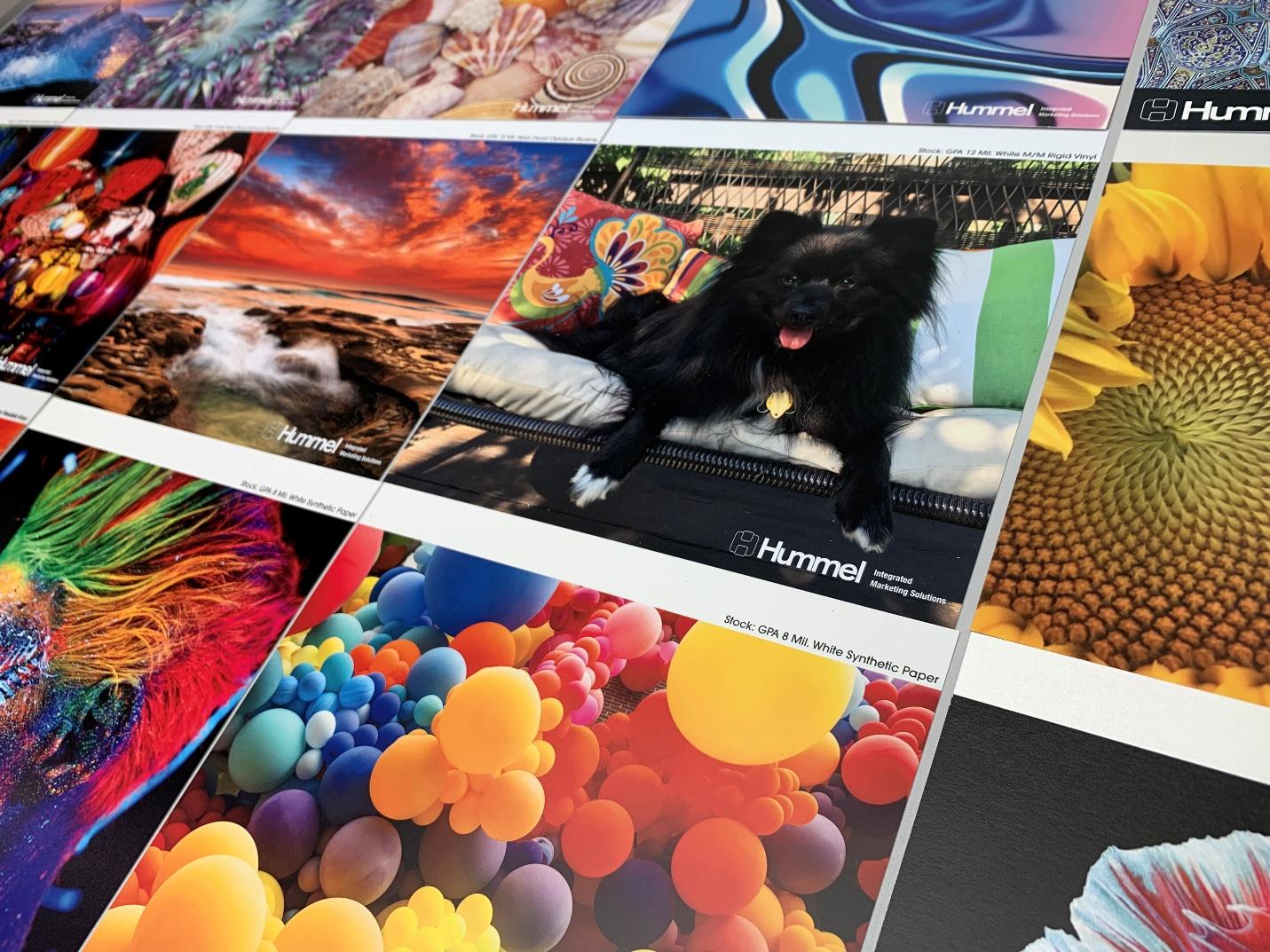 Hummel has had success with other projects as well, including cutter-ready 6×9 postcards; 24-point stock posters; and a recent job producing 16,000 pocket folders, thanks to the AccurioJet KM-1’s precise color output. “That one was tricky,” he said. “Normally I would have run that job on one of my 40” presses, but it had a solid blue on the outside and a solid light green on the inside, both difficult colors to achieve on press with CMYK. It would have required two PMS colors, which also means more plates, and color adjustments every time the press stopped and started back up again, with more make-ready waste. The first sheet out on the AccurioJet KM-1 was right on color, and it held that color throughout the entire run.”

Hummel has also been able to experiment with a wide range of substrates, including 18- and 24-point stock, styrene and PVC. “This has opened many new doors for us,” he said. “With the AccurioJet KM-1, I can go after more profitable work, such as packaging and highly variable pieces. With my previous digital press, I had hoped to transition to 50/50, offset/digital, but was never able to get there. Now with the AccurioJet KM-1, that has come to fruition.”

The AccurioJet KM-1 has streamlined workflow and reduced labor costs, as well. “I just need one operator to run it, and when the bindery crew comes to work in the morning, they’ll have plenty of work lined up. While I haven’t done a complete ROI analysis, the revenue from one shift will more than cover my equipment overhead, and second – or even third – shift work is pretty much all profit.” 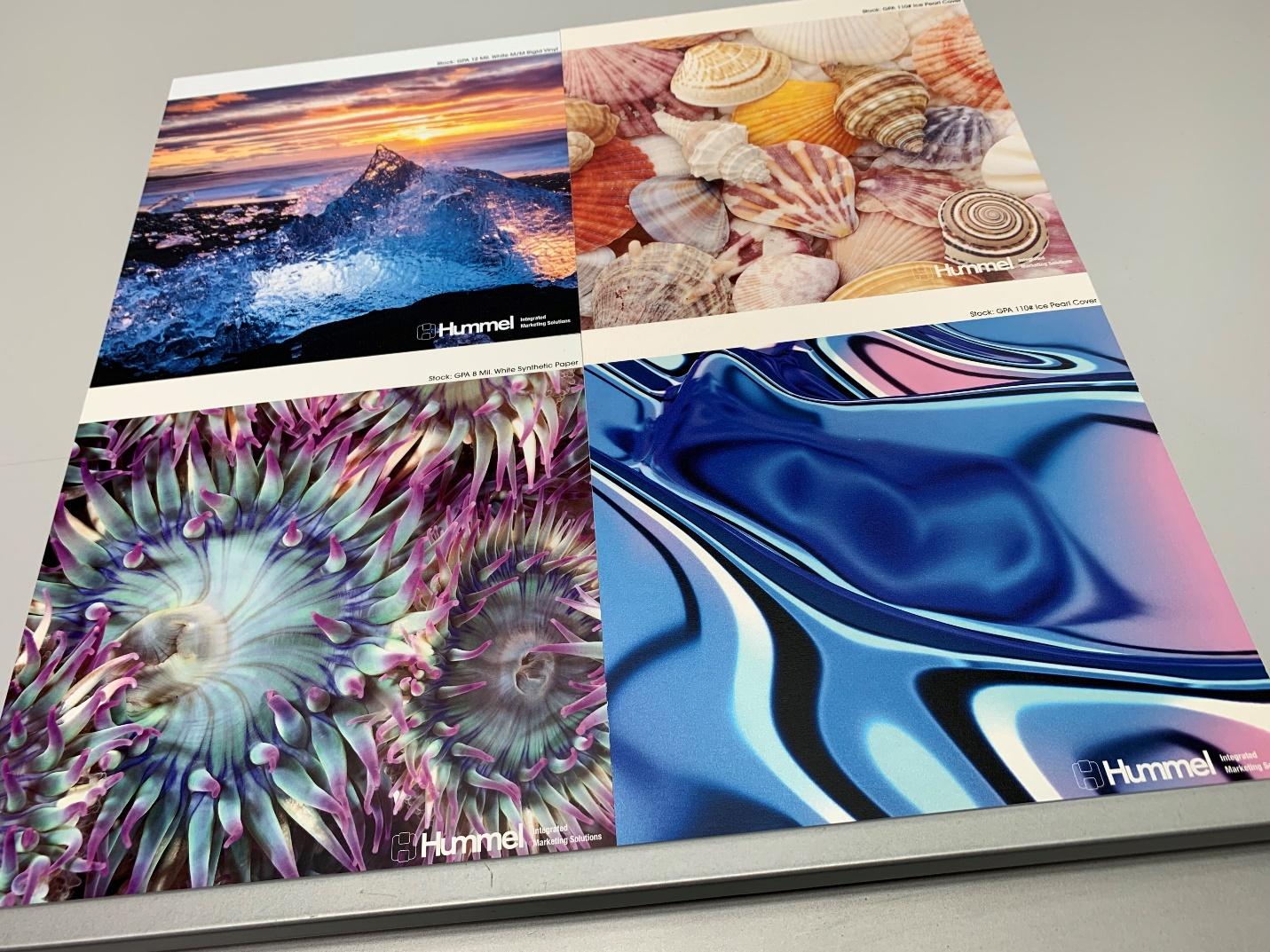 Print samples on the AccurioJet KM-1 using the exact stock and technology that will be used in the final production run.

Hummel told us that the final decision to invest came during a visit to an existing AccurioJet KM-1 owner. Hummel was amazed that the press could run autonomously and continuously for four hours. “I looked around at some point,” he said, “and didn’t see the main press operator. The owner told me he had gone home! Once the job started running, it was mostly replacing the paper stack and unloading output. I could never have left my previous digital press unattended like that. There was always something that needed to be done – fill paper trays, clear jams, etc. That level of reliability with the AccurioJet KM-1 has held true in my operation, as well.”

Now, Hummel is able to print samples on the AccurioJet KM-1 using the exact stock and technology that will be used in the final production run. “That’s something you can’t do with offset,” he said. “I’m able to immediately show customers exactly what the final job will look like, which offers a huge competitive advantage.”

Thanks to the AccurioJet KM-1, new doors have opened for Hummel Integrated Marketing Solutions. “It is definitely responsible for further expansion of our business,” he said. “It was one of the best investments I have ever made.”

Simply register for a meeting at the Printing United trade show in Dallas, TX to receive your free admission pass from Konica Minolta.