Hunger in the United States is on the rise, with studies proving that one in six Americans face hunger. What’s more important to consider is that hunger doesn’t only exist in the home, it is often brought to school, and this can deeply affect a child’s learning capabilities. In fact, three in five elementary and middle- school teachers say that they see children come to school hungry.

While more than 20 million students receive a free or reduced-price lunch on an average school day fewer than half of these students are provided the same bargain for breakfast, which is known to be the most important meal of the day. Teachers claim that having a nutritious breakfast increases concentration, leads to better academic performance and encourages good behavior in the classroom. 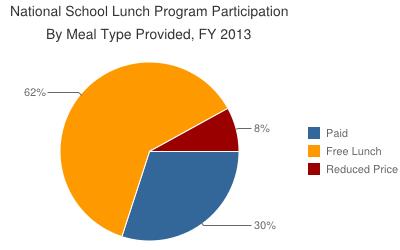 When school is not in session, the hunger problem among students does not disappear. The American Federation of Teachers notes that as few as “one in seven low-income children receives food assistance during the summer.” Thanks to a recent rise in programs, the number of children without access to nutritious meals during the summer is decreasing. A 2014 summer nutrition report conducted by the Food Research and Action Center states that summer nutrition programs served almost three million children in July 2013, an increase of 5.7% over 2012. This was the largest percentage increase recorded since 2003.

As a company that supports the best education for students, Konica Minolta locations across the country held Food for Thought, a nationwide summer food drive, during July. The goal was to collect 5,000 non-perishable items for nutritious, child-friendly breakfasts and lunches. Collected items were sent to local food banks to support their summer meal programs.

In total, we were able to collect 9,200 food items at Konica Minolta locations across the United States. This is a major achievement, as it far surpassed our original goal. This makes me so proud to be a part of such a great company. Great job, Konica Minolta!

Our company aims to conduct initiatives that support our corporate philosophy “giving shape to ideas.” Considering how influential our nation’s next generation will be on our world, we need to remember that feeding the minds of the great thinkers of tomorrow will help our growing industries. I am proud to work for a company that endeavors to make the world a better place. Our wide-ranging community programs support childhood education, hunger relief and personal wellness. There is so much we can do to join the fight against hunger in schools.

Join the conversation @kaydufernandez, @nokidhungry, #education #childhunger and check out our Food for Thought Flickr gallery.