STEM Education and the Future of Innovation 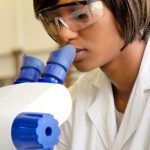 This past summer, my 12-year-old daughter attended the Beuhler Challenger & Science Center Rocket Girls Science and Astronomy Camp. It was a week-long day camp focusing on encouraging girls to use science, math and technology to shape their futures. They built and launched rockets and learned about astronomy and women in aviation. Especially touching to me was the session about Sally Ride, the first female in space, who was also a professor of physics at the University of California, San Diego, my alma mater. My daughter came home daily with new facts, excited to share her learnings, and reciting the names of the planets and facts about our solar system at every opportunity. Fueling passion for science, technology, engineering and math, often referred to as STEM, during childhood is extremely important to our nation’s students and our future as a global leader.

The U.S. became a global leader in the STEM fields thanks to the brilliance of our scientists, engineers and innovators. But today, that global leadership is threatened as too few U.S. students achieve in math and science or pursue STEM degrees and careers. This issue was brought to national attention in 2009 when President Obama made STEM education a priority with the Educate to Innovate campaign.

When addressing this problem, we must consider the demographics of our nation’s current and future workforce. The World Economic Forum ranks the United States 52nd in the quality of mathematics and science education, and 5th in overall global competitiveness In addition, the United States ranks 27th in developed nations in the proportion of college students receiving undergraduate degrees in science and engineering. Compare this to the growth in STEM jobs estimated by the U.S. Commerce Department to be three times greater than non-STEM jobs between 2000-2010. STEM jobs are expected to grow by 17 percent through 2018, as compared with 9.8 percent growth in other fields.

As a global technology organization, I was reminded of this while recently attending the Global Executive Program (GEP) at Konica Minolta, Inc. headquarters in Japan. Exposed to a number of advanced technologies and innovations, I truly believe our Advanced Layers division may change the shape of environmental sustainability. I saw newly developed mirrored solar panels that have a high durability against UV exposure up to 20 years and reflectance at an average solar-weighted specular reflectance of 94%. These solar panels generate 100 megawatts of electric power that could power 1,000 households and do not degenerate! In addition, with our historic leadership in camera film, our high-tech thin film and lamination technology has attracted Tesla Motors to install our window film on their line of electric cars. This film significantly reduces heat generation by 90% while allowing minimal interference for electromagnetic rays to ensure GPS system transparency.

Konica Minolta’s DNA is inherently about advancing technology. We consistently strive to make creating new value for society a priority, and new value cannot be created without innovation in the STEM fields. Technology is one of the most-pervasive forces in our society today, and not enough Twentysomethings leave college campuses to pursue STEM-related jobs. To compound this, STEM has created new industries with jobs like Application Developer, Data Scientist, Cloud Computing Services and Sustainability Expert, which are so new, they didn’t exist a decade ago. In 2011, Apple generated $15 billion in revenue alone from mobile applications. As demand for these new industries increases, it’s guaranteed our children will be competing for future jobs that don’t exist now, with skills that aren’t even present today. We must all encourage this next generation to dream and reach for the stars so they might one day become scientists, engineers and mathematicians. Our nation and future depend on the future global thinkers, scientists and problem solvers.