How many times have you heard – ‘close the door’?

Most often, it is your carefree kids that just forget to close the door. But what if you don’t even know a door is open? One of the unforeseen problems with Video Security Systems has been a ‘back door’ that the manufacturer leaves open so they have access to your video feeds.

Many of these cameras are manufactured in China, and unknowing organizations are losing their data to these companies who have built in access so they can be stealth and easily access your data. Once this problem was discovered, the U.S. Federal government made the decision to ban federal agencies from using the Chinese-made cameras. Dealers or integrators doing business with the federal government also could not sell the Chinese-made video products – to any of their customers, government or not – whether branded by the specific manufacturer of if that manufacturer provided original equipment manufacturer (OEM) components to other manufacturers. 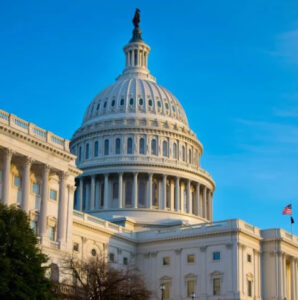 Using the National Defense Authorization Act (NDAA), the U.S. Government banned the use of equipment and services from Hytera Communications Corp., Hangzhou Hikvision Digital Technology Company, Dahua Technology Company, Huawei Technology or ZTE Corporation and any subsidiary or affiliate of those entities. These manufacturing and telecommunication giants provide inexpensive video surveillance equipment or components to other manufacturers, making their product tempting to all organizations with priorities to update video security. Read more about the legislation here.

On the heels of the NDAA, the Federal Communications Commission (FCC) also has taken a stand on Chinese-manufactured cameras, and expanded the list in March 2022 to include additional providers. They “no longer approve or review applications for equipment that poses an unacceptable risk to national security.” They are at the stage where they need to adopt rules around the application process, but once the FCC adopts the ban, there will be limited support or maintenance on already existing systems, and no upgrades. Additionally, this legislation allows the FCC to revoke previously issued authorizations.

Logic suggests, if the Federal Government is banning the use of these Chinese cameras, shouldn’t you do the same for your business? Maybe you are thinking that the Chinese government might care about the cameras at a military base or an embassy, but why would they care about my business? We have actually encountered customers who were adamant that they did not have an open back door – and we showed them that they did.

The best plan to mitigate a security problem is to avoid the Chinese-made cameras when selecting cameras for your new video security network. Konica Minolta’s FORXAI Video Security Solution features German-made MOBOTIX-brand of cameras. Using these cameras makes a business compliant with the legislation, and eliminates the potential of a security breach of their video data through unauthorized access via a built-in back door.

Businesses that already have cameras need to review their installed equipment and determine which components are in violation of current legislation. When the entire device is manufactured by the banned company, those are easily identified and replaced. It is much harder to review the components of the devices that remain, and make sure they are not a cyber security risk or in violation of the ban.

As noted by Security Magazine “… any component in any telecommunications of video surveillance equipment that comes from one of the restricted companies can result in a permanent ban from doing business with the government.”

If the legislation is important enough to the government to ban the Chinese manufacturers, it should be important to you. You want to use vendors who are compliant with the legislation, and will not put your business at risk of doing business with the government or to simply safeguard your video information. Taking steps to ensure your privacy and security of information is always a wise decision. Konica Minolta provides intelligent video security solutions, and enables you to rest assured that your system is secure.

Hampton Hale joined Konica Minolta in 2005. He is focused on emerging business solutions and digital transformation, and is currently responsible for facility optimization and security services. With experience in IP video security systems, workplace optimization and business intelligence, Hampton leads several teams that consult with customers across North America to solve challenges in these areas. When at home, Hampton bicycles frequently on the roads and trails in NW Atlanta, where he lives with his wife and two children.